COVID-19 UPDATE: We have rescheduled all examination events at IBCA partner locations and moved them to the remotely proctored ExamStrong platform. With this move, the IBCA examination is now proctored 100% online. Remote proctoring will ensure safe social-distancing and help examinees take their exam from their homes. Thank you for your patience and efforts to keep one another safe during this difficult time.

Coping with Crises - The Lehman Lessons 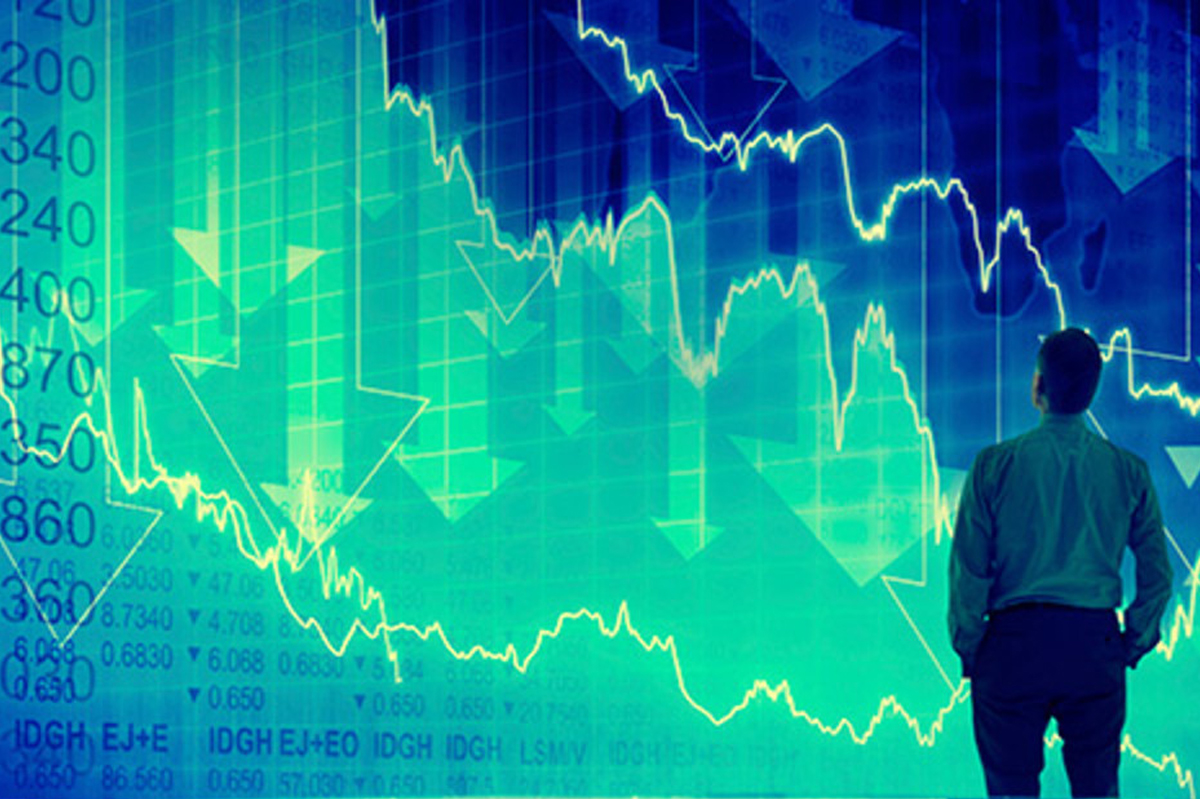 What has gone down as the second-worst economic downturn in the history of mankind was a product of mankind itself, and the irony is hard to miss here, and much literature has been published about it since then. The world’s largest economy needed a government bailout and one of the largest financial hubs of the world also had the activist movement of being occupied by the disillusioned and disgruntled public.

A disaster this long drawn takes years of recovery, and recovery has certainly been slow, despite the multiple phases of Quantitative Easing by the Federal Reserve and the slashing of interest rates.

Cut to the beginning of what started it all.

It started with predatory lending of housing loans to people who were sold the idea that the housing market would keep appreciating forever. Retail homeowners began to borrow money to fund their real estate asset class ambition without having any equity in it or the means or intent to pay it back. The borrowing spiraled out of control with most housing developers pushing floater interest rates that would increase at a future date. This led to a huge magnitude of debt in the balance sheets of investment banks. So, what did they do about it?

The Investment banks structured the loans into CDOs and CDSs (Collateralized Debt Obligations and Credit Default Swaps), essentially bundling subprime (high risk of non-payment) with other stable loans and sold these structured products, which were classified as AAA by rating agencies as top-class investment products, to retail investors, hedge funds, other investment banks and even central banks of other countries. The entire house of cards was a ticking time bomb, but investment banks thought they had it covered, because of Fannie Mae and Freddie Mac, the largest home lenders in the country being the originators of the loans. Too big to fail, was the coined phrase. The world of exotic OTC (over the counter) derivatives suddenly became populated with high-risk investments which were made to look kosher to the uninitiated.

Another important angle was portfolio insurance, which led insurance giant AIG (which issued insurance on all these “shaky” structured products) to insure them in return for higher premiums. This interlinked the risky loans, the derivative products associated with the loans, and the insurance for those portfolios that held the tranches of the CDOs in their portfolios. The rating agencies, still hungry for the juicy assessment assignments, continued to sign off on these investments.

And then, there were none.

THE MELTDOWN AND BAILOUT

Bear Stearns was the first to go, followed by the Lehman Brothers bankruptcy. Two stalwarts of Wall Street had fallen from grace. AIG needed $85bn just to stay in business, aided by the Federal Reserve. The meltdown had begun, and due to the globally networked nature of investment banking, other economies began to be hit. Global economies sunk into a protracted phase of zero growth which would haunt them for years to come. America was pushed into negative growth for several quarters, until the Government issued the Troubled Relief Asset Program (TARP) of a staggering $700 bn to the investment banks, and phased out a Quantitative Easing Program. Fannie Mae and Freddie Mac, of course, went bankrupt as well. Then the market began to crash. Bloodbath on Wall Street, it was called by the media as the Dow Index dropped 777. 68 points in a single day, its largest fall in history. Investors were left in the lurch and the bailouts from the Federal Reserve kept other investment banks barely afloat. A further stimuls package of $787bn was announced, but it did little to assuage investor confidence- the most critical component of successful industrial banking. The large investment banks wrote down a total of one trillion dollars in losses but were eventually bailed out, surviving the crash and remaining in existence as they saw their fellow financial institutions shut shop.

Lessons learned from the crash were plentiful as evidenced by the volumes of literature based on it. Everybody, it seemed, had an opinion in hindsight on how the crash could have been prevented and what really caused it. But the lessons for aspiring investment bankers weren’t stressed enough, so here they are in a nutshell:

BUILD TRUST – Investors and fund managers rely heavily on a trustworthy counterpart to honor their side of any deal. The most important thing to know about investment banking is the currency of trust, regardless of whether you’re on the buy or sell side. Your investment counterpart will never come back for another deal if you don’t deliver on your promised ROI.

MANAGE RISK – There’s no such thing as excess research when it comes to the markets, and as investment bankers, it is your responsibility to manage risk in compliance with your bank’s policies. Yes, targets are important. But without risk management practices in your investments, you’re just gambling. It’s important to know the difference – to assess before committing to your investment.

DUE DILIGENCE – The investment bankers who were largely held responsible for the crisis knew that the tranches of default swaps and debt obligations and all of their derivatives weren’t considering the ramifications of debt defaults rising. It essentially was a lack of due diligence and process before entering the investments.

Since the crisis, investment banks have become extremely wary of whom they hire and their hiring process has also become heavily scrutinized. Being skilled and having an industry-leading certification is the best and the only way to make sure that you learn all the lessons, only a few of which have been mentioned above, and join the biggest players in the world today.

Get The Outline in Your Inbox 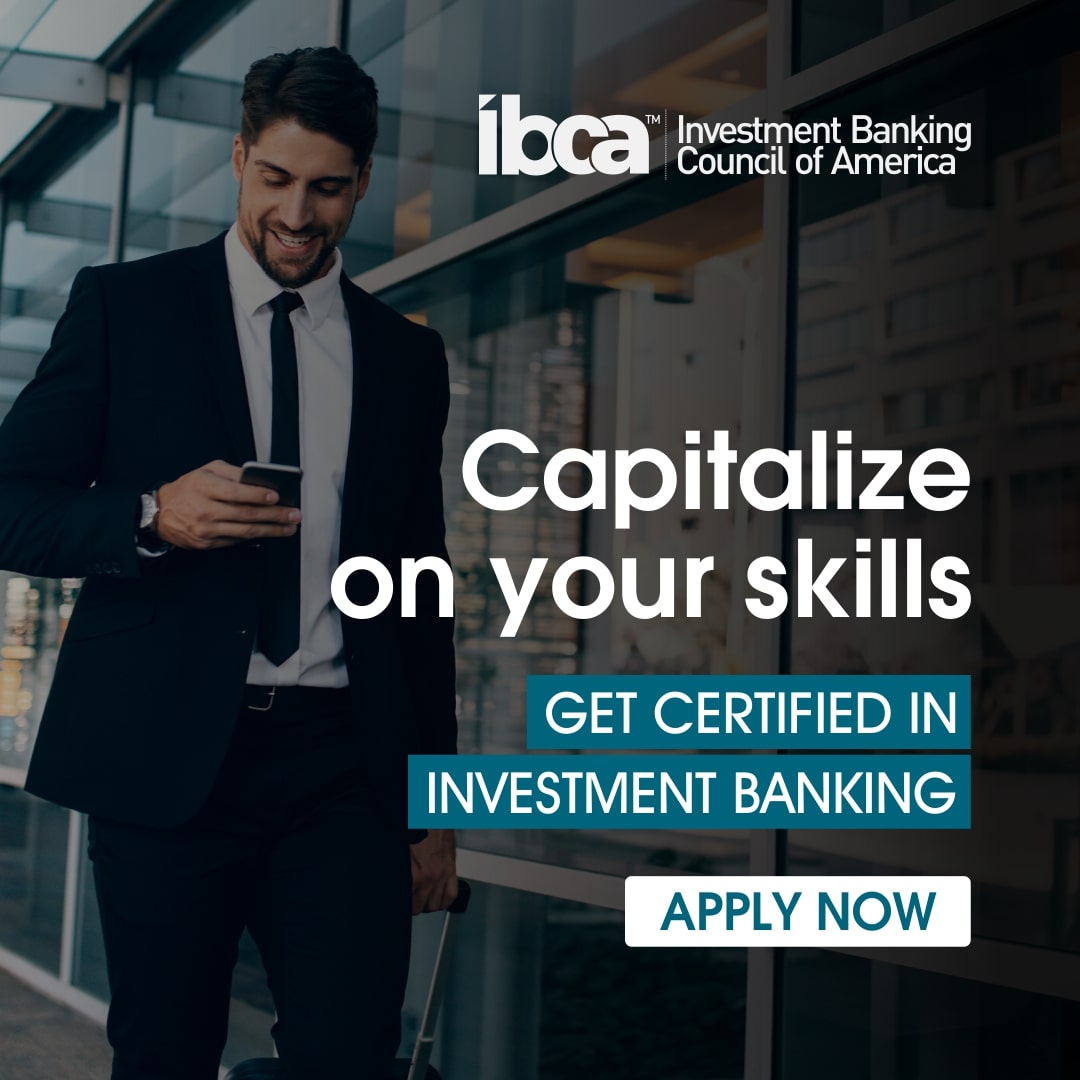